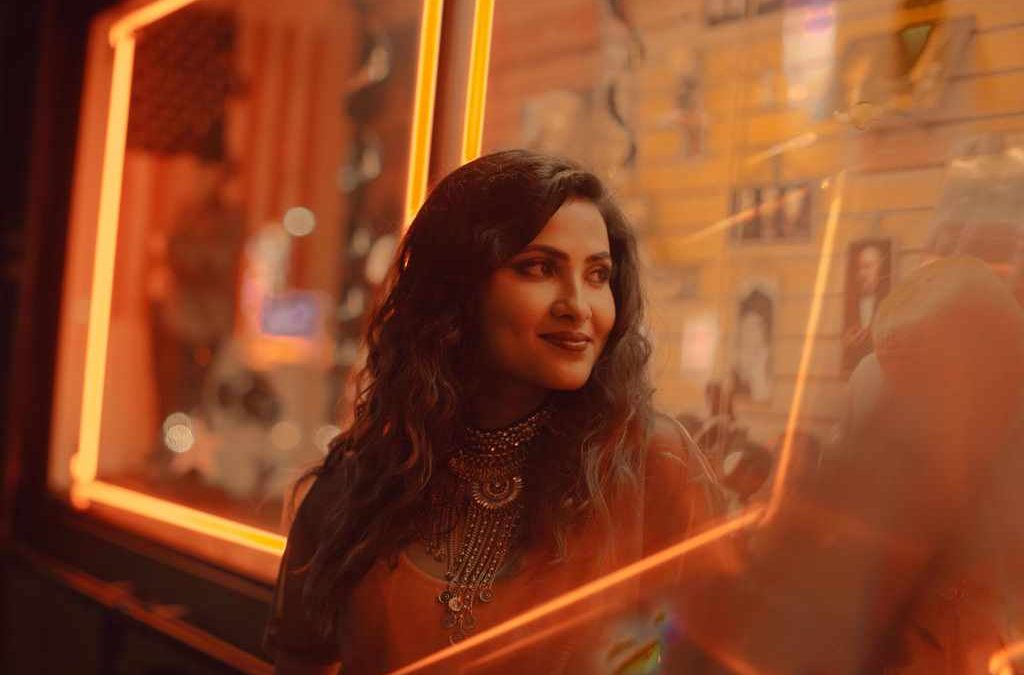 Well, what would you do if you had a blog and loved Vidya Vox? Ask her for an interview offcourse! Un-edited and from the heart. Vidya has found her Calling…have you?

I would like to ask you a couple of questions for my blog post on you. Actually when it comes to asking questions to a celebrity the problem is that most of it is available online. So even before i started thinking of what I wanted to ask you, most of my questions stand answered. The Q and A you did with Shankar, your interviews in Dubai and Mauritius, your blog and so on…But I write about an artist from the point of view of their journey to and through the art. So I would like to have a sense of Vidya Vox before she became a celebrity and the after effects of being famous. 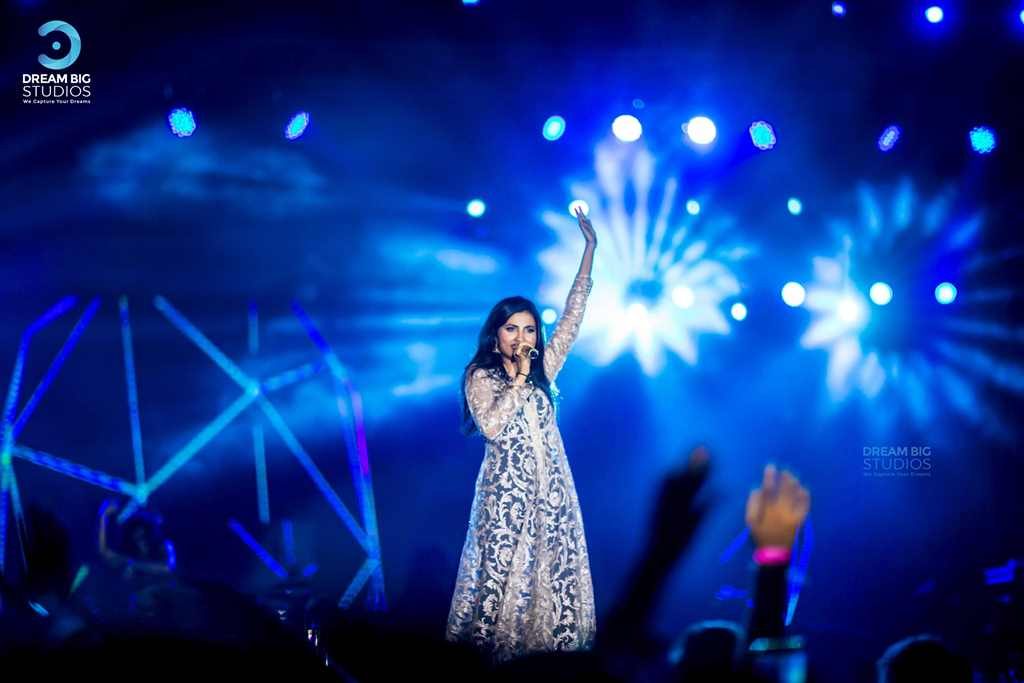 I had sooo many questions and here are Vidya’s answers.

Strings Of Heritage – You were in India until you were 8…was the relocation and transition to a different country and culture difficult for you? What made the transition easier?

Vidya Vox – It was really difficult in the beginning. I had different terminologies for things like “dustbin” instead of “trashcan.” Most of my elementary school and middle school years it was tough being an Indian person. My mom would pack me roti and daal for lunch and while I’m so grateful for that today, I would beg her to pack me a peanut butter and jelly sandwich instead, because I’d be bullied for having lunch that smelled like “curry” and “gross.” I hid my Indian roots for a while and it was only the last year of high school and fully in college that I figured out how to balance both.

Strings Of Heritage – Was music always important for you? When did you start training in music?

Vidya Vox – I started training when I was 5. Music has always been my source of calm, anti-stress. Anytime I would feel stressed out by academics, I would resort to practicing scales as my stress reliever and center myself. I still do that today. And I love that it has stayed that way.

Strings Of Heritage – We keep changing our dreams, ambitions and goals when young. So what was your dream when you were 8, 13, 18  and 21? Was it always music and singing?

Vidya Vox – Maybe when I was 8, my sister and I would prance around our bedroom thinking we were rockstars. But as I grew older, music was only in my wildest dreams. I started loving science and I really wanted to be an environmental engineer. When I was 18 or so, I wanted to be a doctor, that’s what I set out to do in college.

Strings Of Heritage – You were about to pursue a career in Medicine…so what happened?

Vidya Vox – I met Shankar Tucker and collaborated with him! He was definitely the turning point in my life, and showed that YouTube can be a platform for self-expression in ways that people didn’t have access to it before. He was doing it in India when not many people had turned to YouTube for music at that time. That’s when the seed was planted in my head. I started touring with him while in college, and I really saw that maybe it could be a possibility. I think its crazy that I can upload a video in LA and people across the globe can see it. 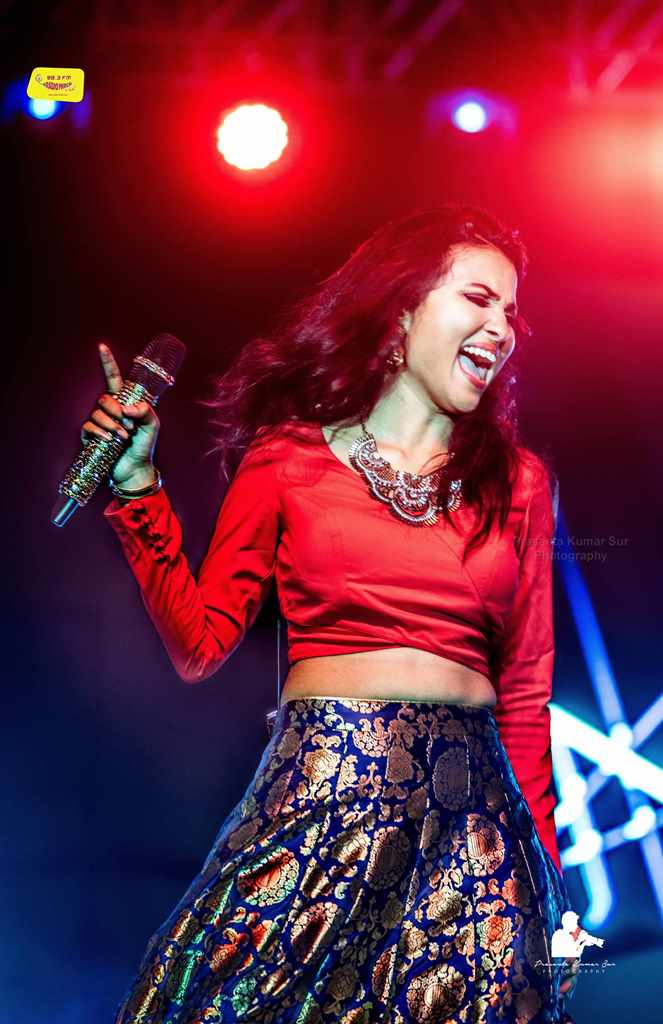 Vidya Vox – I mainly speak Tamil, a little bit of Malayalam, a little Hindi. When I sing in different languages, I always ask a native speaker of the language to correct any pronunciation errors and the accent. I would love to learn Spanish. I took classes in high school and college but I don’t remember much of it anymore. I would also love to learn Malayalam properly! My grandmother and mom speak it fluently.

Strings Of Heritage – Of all your albums, which ones your favourite song?

Vidya Vox – Ahh! That would be like asking me to pick my favorite child. Just kidding –  I really love all of the original songs that Shankar and I have written like Kuthu Fire, Be Free, Show Me Your Light, etc. The process of writing these was difficult. I think while doing covers are great, you don’t get to explore your own style or music. I’m so proud of the way the EP turned out!

Strings Of Heritage – Did you have a mentor or an inspiration for singing? 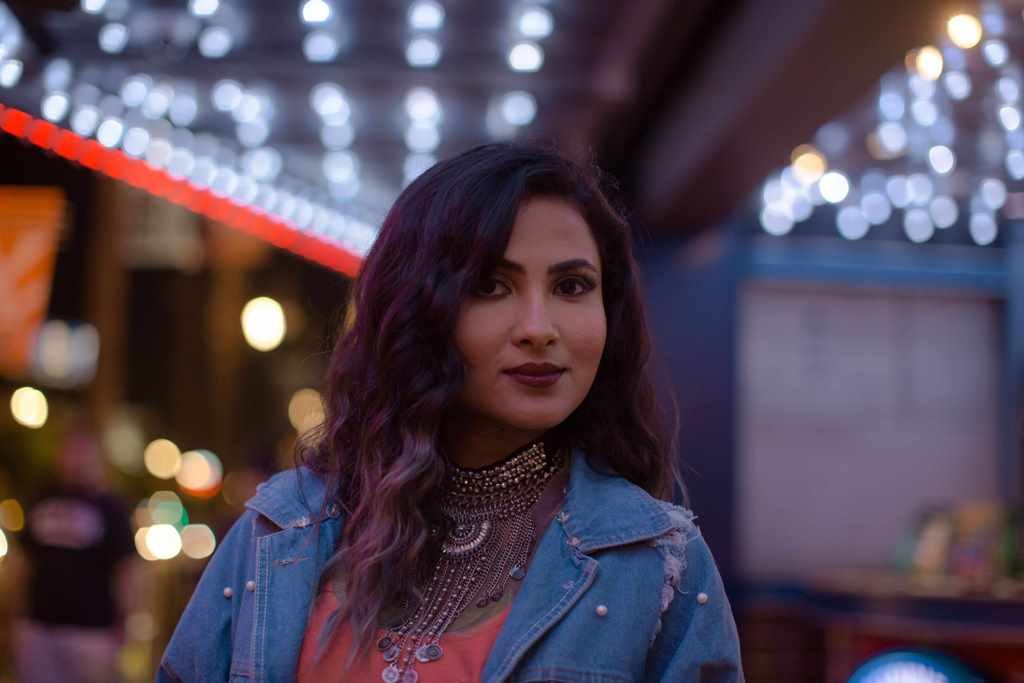 Strings Of Heritage – You mentioned in your interview in Mauritius that after your graduation you felt that a career in music may work and you came to India for training? Could you tell me about this phase?

Vidya Vox – After graduating, I was working in a cardiology clinic and studying for my MCATs and I really was miserable. It was then I finally decided I was going to take the plunge. I needed to get back to training and practice a lot before I could even think of putting out a video. At that point, it had been a few years since I had taken a music class. I started learning Hindustani classical as well as Western vocals in Mumbai. It was an amazing time, I made some really lifelong friends there. I was still touring with Shankar in India at that time, and it was so much fun. I still learn today, I feel like I can never stop learning!

Strings Of Heritage – Your favourite memory from childhood? Something that you would like to tell us about? How were you as a child…naughty, quiet or a prankster?

Vidya Vox – I was a shy and quiet child. It was my sister who was naughty and outspoken. But that changed in high school, I became more outspoken.

Strings Of Heritage – What was your childhood like? did you win any prizes for singing, something that you cherish?

Vidya Vox – I didn’t actually. Up until I was 12 or 13, I didn’t enjoy music much so I didn’t take practicing seriously. I really had to work hard on music as I grew up, it was something that I loved, but it took a lot of hours of dedication. I do have a lot of amazing memories with my grandma, who would play music games with us when we were kids. She would keep testing us on ragas while listening to movie songs, etc. 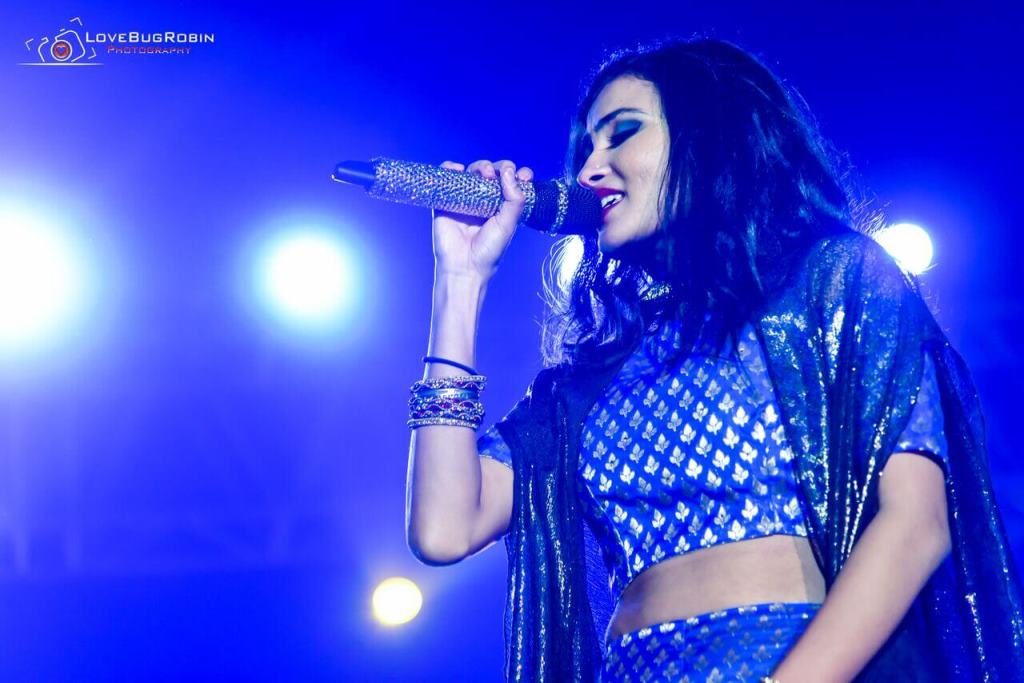 Strings Of Heritage – I love your sense of style, the Indo western style that you have, the chunky accessories…Who is your inspiration? Do you put it together yourself? Some tips to your fans on your style quotient?

Vidya Vox – Thank you! Yes I do, I do it myself! I love fashion. You can say so much without saying anything, and I think that’s powerful. It’s a form of self expression – I say just wear what you are comfortable in and don’t be afraid to take risks! It can be fun, even if they don’t work all the time. My style inspiration is Rihanna and MIA. I really love their attitude towards fashion – they are bold and wear what they love. 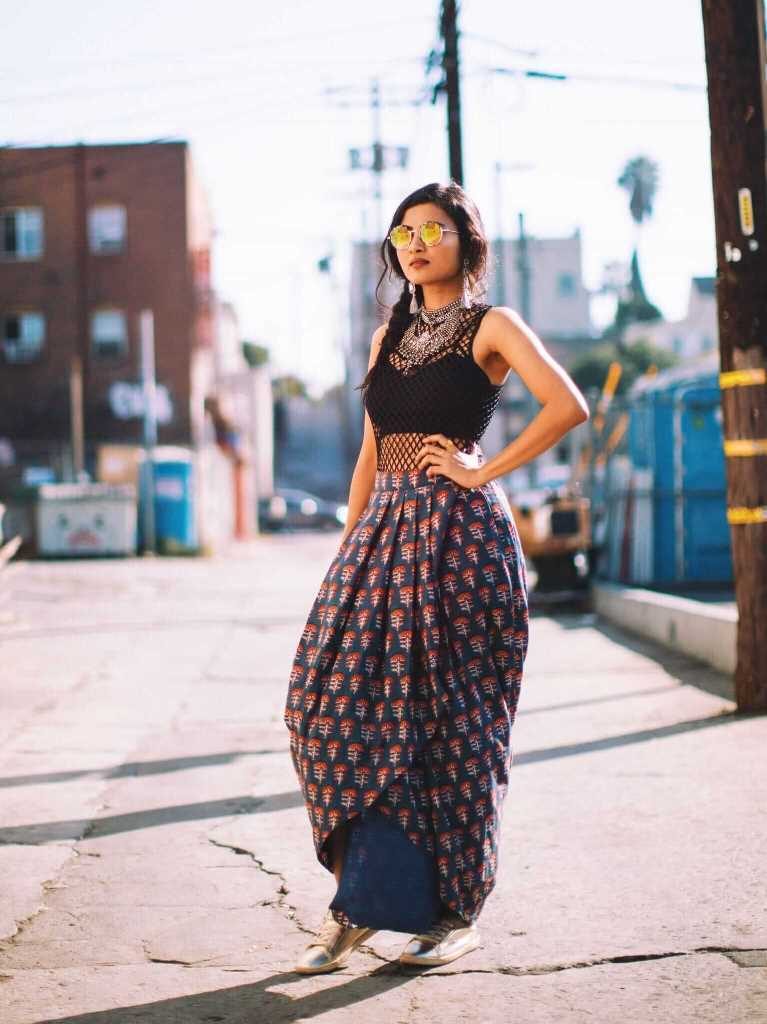 Strings Of Heritage – Whats your favourite part? Singing or composing?

Vidya Vox – Both! I love the process of it. Singing is a part of composing, its always present. I love the feeling of taking an idea and finish it into a fully completed song. That’s a rewarding process. Sometimes the songs don’t work; however, it’s the process of writing it that leads to better ideas and eventually better songs.

Strings Of Heritage – Who are you as a person? What do you like, dislike, are you a desserts kind of person? A little about yourself…I do know you like to watch movies with pizza or tacos in your pajamas. So something other than that.

Vidya Vox – Oh man, I’m such a foodie! It’s so hard, especially on tour because you have to try and eat as healthy as possible, but that can be so hard. I also LOVE interior design. I’m constantly revamping my space and decorating my friends’ houses. It’s one of my favorite hobbies. I absolutely love dessert, especially cake. I love a fresh fruit cake, one of my favorites and I get it every year on my birthday.

Strings Of Heritage – How was it when you started? When we start off with something new there is always this doubt…so did it happen to you? When did that change and how is it now when you are a celebrity?

Vidya Vox – It was terrifying. I spent a lot of sleepless nights, but I never doubted my path. Music felt right to me, and I was going to do it no matter what. But sometimes the path didn’t seem so clear and that would keep me up at night. It’s so weird to even see “celebrity” and my name in the same sentence. I don’t give it much thought, as things like that can change. My main focus is my music, and being able to create songs that other people can connect with. That’s the best part of being able to be a musician.

Strings Of Heritage – Why Vidya Vox and not Iyer?

Vidya Vox – Vox means voice in Latin. When Shankar and I were thinking of names for my channel, I wanted to make it something interesting, not my name, and not something like “Vidya’s music” etc. When recording my vocals, Shankar names my vocal tracks as “Vidya Vox” and he suggested that could be a cool name for the channel and I loved it. 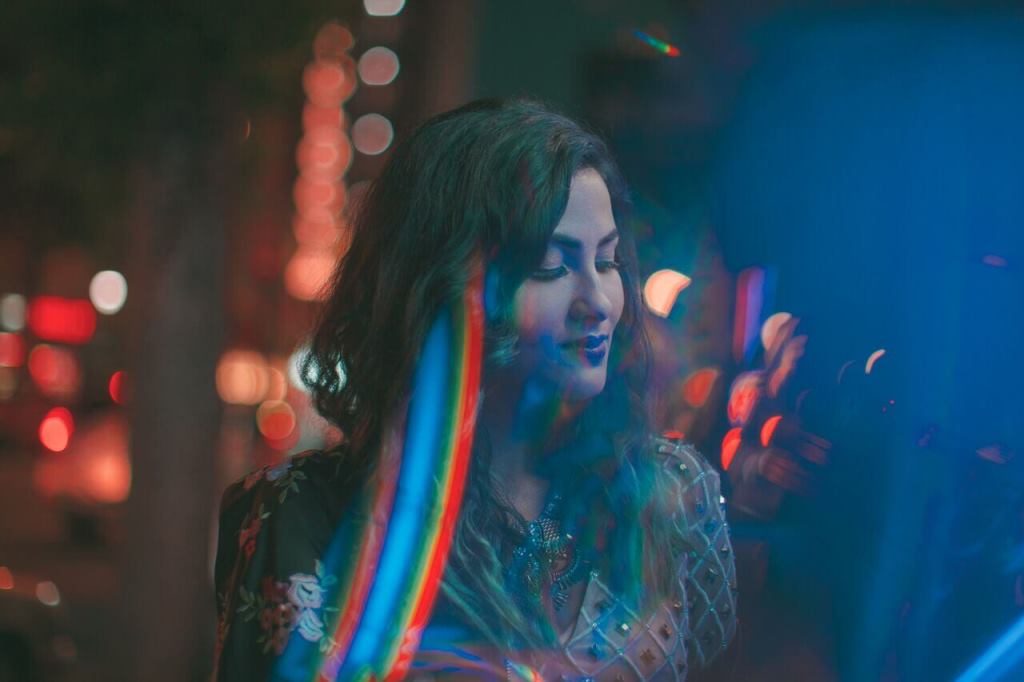 Strings Of Heritage – I have asked quite a lot of questions….hope you will answer them all. Last one…what would be your advice to youngsters who want to make a career in music? Something that you learnt in your own journey?

Vidya Vox – I realized the importance of efficient practice when I was in high school and I think that’s really important. Even if scales seem basic, it’s important to always be practicing them as they are the foundation for everything else. Also, never give up! Every career path is tough, but if you love it, it won’t feel like work at all. Cheers!

And that dear friends is Vidya Vox for you….thanks a ton Vidya for taking time to answer my questions.